Keep blessing this community through your media ministry. Praise God! 🙌👏 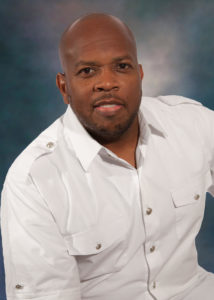 David Lee was born in Memphis, Tennessee. He is a 3rd generation Seventh day Adventist, being baptized at age 13 while in the 8th grade at Alcy SDA Junior Academy. Pastor Lee began pastoral ministry in 2006, first serving as the associate pastor of the Oakwood University Church, then under the leadership of Dr. Craig Newborn. After serving the Oakwood University Church family for almost 2 years, Pastor Lee was then assigned to a church district: the Smyrna SDA Church in Huntsville, AL and the Philadelphia SDA Church in Pulaski, TN. He served both congregations for 3 years before being assigned to the New Life Seventh Day Adventist Church in Louisville KY. After faithfully serving in Kentucky, Pastor Lee was asked to return to Huntsville, AL, and in June 2016, he returned to the city where his ministry began. Pastor Lee is a 2-time graduate of Oakwood University, having Bachelors (2006) and Masters (2009) degrees in Theology.

Pastor Lee has been happily married for 22yrs to Haneika (Ha-knee-ka), who is also a graduate of Oakwood. They have 4 children, Jordan, Hydia (Hi-dee-ah), and Ricky and Hannah. While he doesn’t do it much, Pastor Lee has been singing since age 5. In his first public performance he sang Michael Jackson’s “She’s Out of My Life in a talent show at LaRose Elementary in Memphis. His mother was a musician along with his aunts, but he began to love singing more after listening to his late uncle Mack Lee who he believed was one of the best singers he’d ever heard.

Pastor Lee’s high school years were full of musical honors, and or a few years as a young adult, he performed on the road with an A Capella group called Ascension. Most won’t know it until you’re around him in some musical capacity, but Pastor Lee has perfect pitch. For every song he’s ever listened to and learned, no matter the genre, he remembers the original key. One of his greatest regrets is to have never learned how to play the instrument he loves….the piano.

Currently, Pastor Lee serves as the Senior Pastor of the Madison Mission SDA Church in Madison, Alabama. Pastor Lee loves to bowl, play basketball, and hang out with people. He’s not ashamed to proclaim his love for God, his love for his children, and his love for his mother, sister, and especially his wife. Pastor’s favorite color is red, his favorite food is rice, he likes to wear suits, his birthday is May 31, and his wedding anniversary is June 30. Pastor Lee’s favorite bible text is Hebrews 4:6, 7. His greatest desire in life is to, along with his family, meet Jesus in peace….and by faith….he shall see Him as He is. 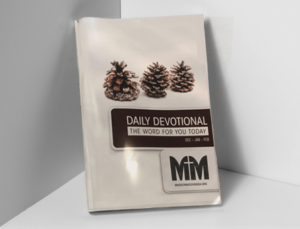 Daily Devotional:The Word For You Today

The devotional is free and can be picked up at WJOU or Madison Mission Church.

Pastor David Lee David Lee was born in Memphis, Tennessee. He is a 3rd generation Seventh day Adventist, being baptized at age 13 while in the 8th grade at Alcy SDA Junior Academy. Pastor Lee began pastoral ministry in 2006, first serving as the associate pastor of the Oakwood University Church, then under the leadership […]

The mission of WJOU is to transform lives through Christian music, spoken word and community engagement. Praise 90.1 FM – WJOU’s mission includes sharing the Christian experience through radio broadcasting and digital media, to provide training for students, and to represent Oakwood University to the community.
in Message of Praise

InsideOakwood is an enewsletter that is distributed every week. Stay up-to-date with what’s going on at Oakwood University https://conta.cc/3S53sYd 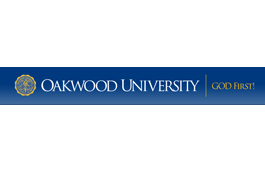 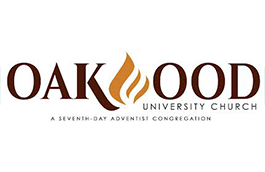 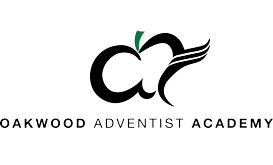