Artist of the Month – N’Namdi Bryant, The A cappellian 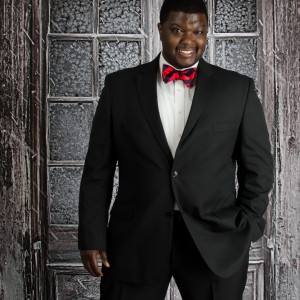 A native of Chicago, Illinois; N’Namdi Olufemi Bryant was born into a musical household. At an early age N’Namdi was introduced to the wonderful world of A Cappella music and grew to love all things harmonic. Inspired by such artists as: The Breath Of Life Quartet, Singers Unlimited, The Hi-Los, The Singing Men, Take 6, and Bobby McFerrin; N’Namdi decided early on to dedicate himself to becoming the best vocalist he could be and sharing his talents with anyone who would listen. At the age of five, N’Namdi began singing with his family’s group. Those early years were filled with impromptu performances at every imaginable event; especially those attended by family and friends. This family group, later known as 2nd Advent; began singing all over the Chicago Land area, and surrounding cities. Once N’Namdi started high school, he joined the A Cappella Chorus under the direction of Mrs. Janet Underwood. It was during this period that N’Namdi started singing solos, and discovering his true vocal potential. N’Namdi has been blessed with opportunities to sing all over the United States; as well as trips to the Caribbean. N’Namdi has recorded and/or shared the stage with such artists as: Oakwood University Aeolians, The King’s Heralds, Billy and Sarah Gaines, Debbie and Angie Winans, Anointed, Virtue, John P. Kee, Yolanda Adams, Eric Essex, Kool and The Gang, Felix Cavelerie, Steve Cropper, BeBe Winans, Donnie McClurklin, and George Duke to name a few. Fueled by the experience garnered over the years, and blessed with the gift of song; N’Namdi Olufemi Bryant has dedicated his life to ministering through music for Jesus Christ. N’Namdi longs to share his love for Christ, and his testimony of Jesus’ grace and mercy with the world. A Cappella is what I do best. In fact, it’s what I hear first. “The One Man Vocal Band” has become a practical name for me ever since I began working with multiple tracking (2 radios). Long before recording my debut album “My Voice- An Offering of A Cappella Praise and Worship” I’d been singing A Cappella even as a soloist. Although I’ve song with countless other groups in the past, it was when I began singing solos I discovered the freedom of A Cappella. Through the years I’ve been inspired by many artists. However, these seven artists in particular (Mark Kibble, Gene Perling, Mervyn Warren, Shelton Kilby Bobby McFerrin, Naturally 7 (Vocal Play) and Dr. Cedric Dent) have challenged and allowed me to realize that A Cappella has no boundaries. Outside of A Cappella I enjoy listening to: Jazz, Big band, CCM, Gospel, Easy listening, Salsa, Classical, R&B, etc. My Goals are: To realize there aren’t any options, Jesus is the only way, to be the best in all I do, to become a lifetime student, last but certainly not least, to become the man God can always depend upon. 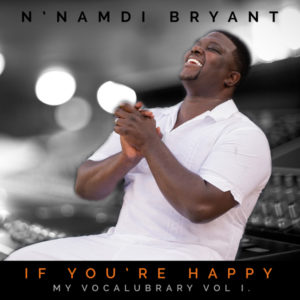