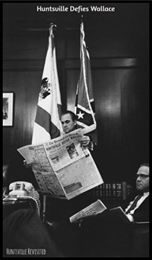 Dr. Sonnie Wellington Hereford III was born on January 7, 1931 in Huntsville, Alabama.  Despite growing up in a house without running water or electricity and having to walk 7 miles to a school located next to the city dump with no library or cafeteria, Hereford overcame these and may other obstacles to become a medical doctor, educator, and civil rights activist.

Understanding the importance of education and with the desire to become a physician, Hereford worked hard and graduated number one in his class. He applied to the University of Alabama with the hope of entering their pre-med program and although he was his class valedictorian, his application was rejected because of his race. Hereford enrolled at Alabama A&M University, graduated in 2 years, and went on to receive his medical degree from Meharry Medical College. In 1956.

Hereford began his medical practice in Huntsville, Alabama. At Huntsville Hospital, the African American doctors, both of them, were not allowed to eat in the hospital cafeteria. Only one room was available for African American patients; it served as the delivery room, the operating room, and the emergency room. A patient who had been prepped for surgery would sometimes have to be taken off the table and wait while an emergency, such as a woman in labor, was attended to.

During his 40 plus years of practicing medicine, Hereford delivered over 2200 babies and served as the attending physician at both Oakwood College and Alabama A&M University. He also provided medical care to marchers during the Selma to Montgomery march and performed the medical exam for Vivian Malone as she prepared to matriculate at the University of Alabama in Tuscaloosa.

On September 3, 1963, Hereford and his six year-old son, Sonnie IV, were met by a mob of angry parents and students when he tried to enroll the young Hereford in an all-white school. He returned over the next several days only to find the school locked and guarded by armed state troopers dispatched by Governor George Wallace. Seeking help, Hereford contacted the federal judge that issued the order to desegregate Huntsville City Schools. The following week, on Monday, September 9, 1963, Hereford successfully enrolled his son at Fifth Avenue School making Sonnie Hereford IV the first African-American student admitted to a previously all-white public school in Alabama. ~AT&T Tribute to Alabama African-Americans~ 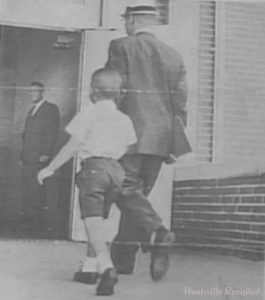